GVR board president Joe Gunton cited a pending lawsuit with Meritage Homes as the reason for the boards reversal.  Though the lawsuit is seemingly unaffected and unrelated to rate changes.

The 2016 rate and policy changes were a source of controversy amongst the GVR membership and the Green Valley Sahuarita Association of Realtors (GVSAR).  Recently GVR CEO Kent Blumenthal, CFO Cheryl Moose and the GVSAR met to discuss the previously approved changes. Realtors expressed concern and frustration on several points.  The primary points being the lack of transparency and omission of rate hikes during a recent boundary expansion, a dramatic increase in fees to investors or those purchasing a second home, and a new policy which would have forced sellers of a home in GVR to pay a second fee of $2,425 and later seek a refund when buying a new primary residence.

Here is a copy of the article recently posted in the Green Valley News: 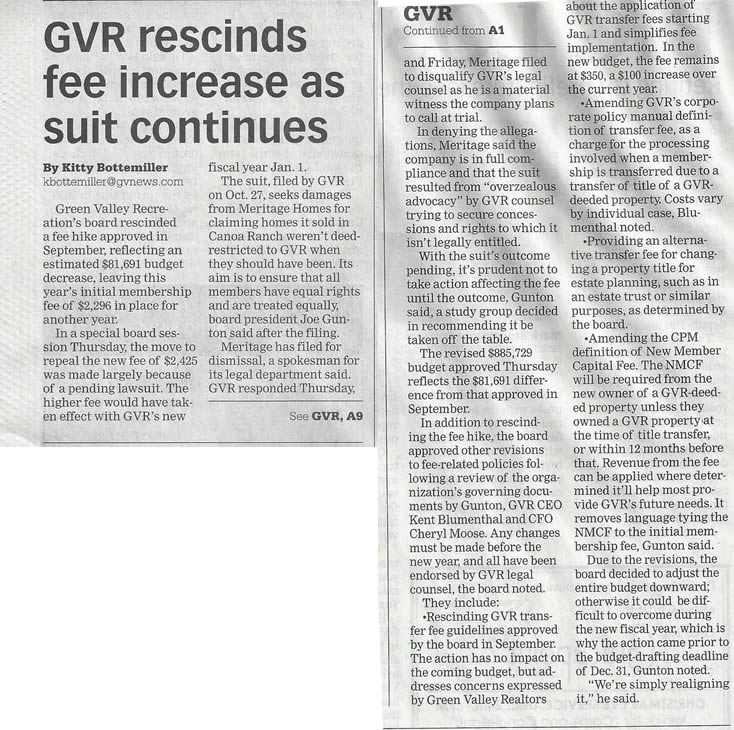